Experience exceptional wilderness and wildlife on a tailored African safari.[/dt_teaser]

An excellent Chimpanzee safari to experience and learn about these amazing primates.[/dt_teaser] 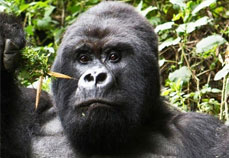 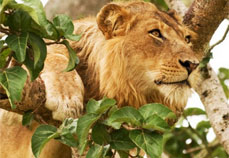 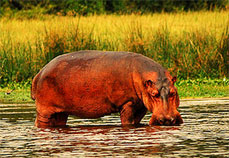 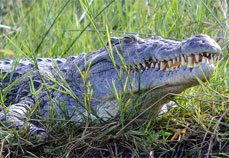 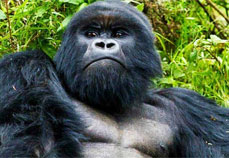 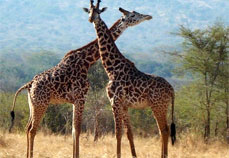 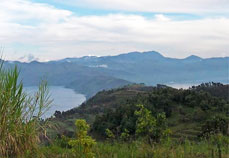 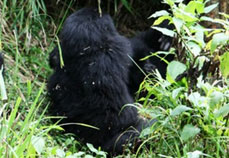 Africa is one of the most beautiful countries in the world that offers a unique connection with the animals and wildlife of the natural world. Numerous of the world’s most iconic animals that exist in Africa, including the Big Five and the closest relatives of ourselves, other primates such as the chimpanzee, gorilla, monkeys among other.

It’s no doubt a chance to see these amazing animals is the main attractions on this continent but you should not forget that this is all she has to offer. The landscape is always unbelievably stunning and varied with rolling hills, tundra, desert, lush forests, lakes and rivers as well as the Great Plains and the clear blue skies.

That is definitely not all that Africa has to offer, we still live in our cultural surrounding and beliefs and that is the richest thing that cannot be washed away. Cultural believes is the most important thing in all African counties and are the richest traditions we poses. Many of the African tribes are still living their cultural independence in harmony with the natural world, making it a truly different place to be.

The official price for a gorilla permit in Uganda is $600 per person (2015). But on the months of April, May and November 2015 the Uganda Wildlife Authority offers a discount putting the gorilla permit $350 per person. You will be saving $250 off your tour.

In Rwanda, the official price for gorilla Permit is $750 per person and there are no discounts.

Uganda Safari
Down here, Uganda has become known as the ‘Pearl of Africa’ after visits by Henry Morton Stanley and Sir Winston Churchill. It’s verdant and vibrant landscape has made it one of Lonely Planet’s top destinations to visit. The lushness of the terrain and the vegetation are matched by the diversity in the wildlife and the people who live there.

What can you expect to see?

The Queen Elizabeth National Park (QENP) is found in the centre of the Western Rift Valley, the Albertine Rift and boasts some of the greatest biodiversity in all of Africa. Animals here include the olive baboon, black and white colobus monkey, chimpanzee, lion, leopard, kob, elephant, wildebeest, hippo, water buffalo, hyena, mongooses, a vast selection of bird species and more. The lion and leopard are the main attractions here and in the surrounding area.

Birding is a popular pastime in Uganda, with the Kyambura Wetlands and the area around the Queen Elizabeth National Park being home to over 600 bird species, some extravagantly exotic and some endemic to the region, not leaving their native home. The diversity of the birding here means that not all of the species have been recorded as living in the area so if you’re a keen birder you may well have the opportunity to spot a species of bird in the area and add a fresh, brand new entry to the official register!

The Kazinga Channel links Lake Edward and Lake George and is rich in wildlife. Boat trips along the channel provide a magnificent opportunity to photograph the impressive range of animals, which includes hippo, elephant, the African crocodile and maybe a few more hidden and secretive predators.

Apart from these more mainstream game animals and birds, there are more unusual animals that you can find on a safari i Queen Elizabeth park. In Ishasha you are likely to witness the rather bizarre phenomenon of the tree-climbing lions. They are the only lions known to climb trees in the wild and make for spectacular viewing as they laze around in the sun in the branches.

Primates such as the Golden Monkey and Chimpanzee are also on the cards for those who take the time out to track them. They offer a very different experience to tracking gorillas. They’re smaller, louder and although they can be harder to find and photograph, the thrill of the adventure trying to find them is more than you’ll expect.

Gorillas are one of the most fascinating and intriguing species of animal on the planet but they are also one of the most endangered. There are less than a thousand western lowland gorillas alive in the wild today with their populations focused around the Parc National des Volcans in Rwanda and the Bwindi Impenetrable Forest in Uganda, both of which are locations that you can visit with Kori Safaris.

Tracking the gorillas is a truly altering experience as you spend the day exploring the adventurous National Parks and the deeper hidden paths through the romantically-named Impenetrable Forest. The trek itself is an invigorating experience but the peak comes when you find the gorillas. After trekking through the sometimes excitingly challenging terrain, the moment you hear the ominous chest-beating and calling of the gorillas will be sure to set your heart racing again.

Hearing them is one thing but seeing the gorillas is something entirely different. Their similarity to humans is striking; 98% genome similarity has never looked so familiar. The silverback is the most impressive in the pack as they either sit around their nests or move through the forest completely at home either among the high branches or on the more cluttered forest floor. They are truly magnificent creatures.

Just looking into the eyes of a gorilla you will feel like you understand so much clearer the connection that we have to the world and the magnificent animals won’t fail to move you. Their thick black hair and leathery skin give them a bulk that is far greater than our own but their resemblance to us is striking and their complex social structure and combat between dominant males makes them all the more familiar.

Rwanda Safaris
Rwanda is a country that has had its natural beauty untouched by its history and the feeling throughout the country is one of regeneration, conservation and growth, making it the perfect place to visit to feel what it’s like to be apart from the manic lifestyle of Europe and America and to settle down into the more natural environment. Lake Kivu is one of the Great lakes of Africa, located in the Albertine Rift between Rwanda and the Democratic Republic of Congo (DRC). It’s well known for being the home of the finest inland beaches in Africa and is an ideal place to stop off and relax on a larger journey of adventure and excitement.

The Intore Dance troupe have been a popular addition to the activities at the Virunga lodge since their support has been developed by the VSPT fund. Intore dancing is a traditional victory dance in Rwanda and has become known, in no small part thanks to their time as a Belgian colony, as Rwandan Ballet. This national cultural dance is energetic and exciting, invigorating to watch as the sun sets with the silhouettes of the ancient Virunga volcanoes on the horizon. The dance originated when warriors returned from battle victoriously and often saw many tribes dancing together, making it not only diverse and individual but also a great symbol for the unity of the once fragmented country of Rwanda.

What are the local like?
The local cultures of the Ugandan and Rwandan people are warm and hospitable, keeping to the more traditional values that are more common among smaller communities. One such community that has been through a lot in the region is that of the Batwa pygmies, who have lived in and around the forests of Uganda around Gahinga for generations. On one of the unique Batwa walks you can explore these ancestral forests with the Batwa, learning first-hand how they hunted and foraged for food and sought out plants with medicinal qualities. Their mystical culture is enchanting and part of the fabric of the country despite their persecution. 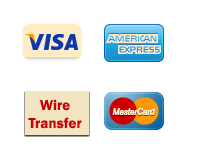